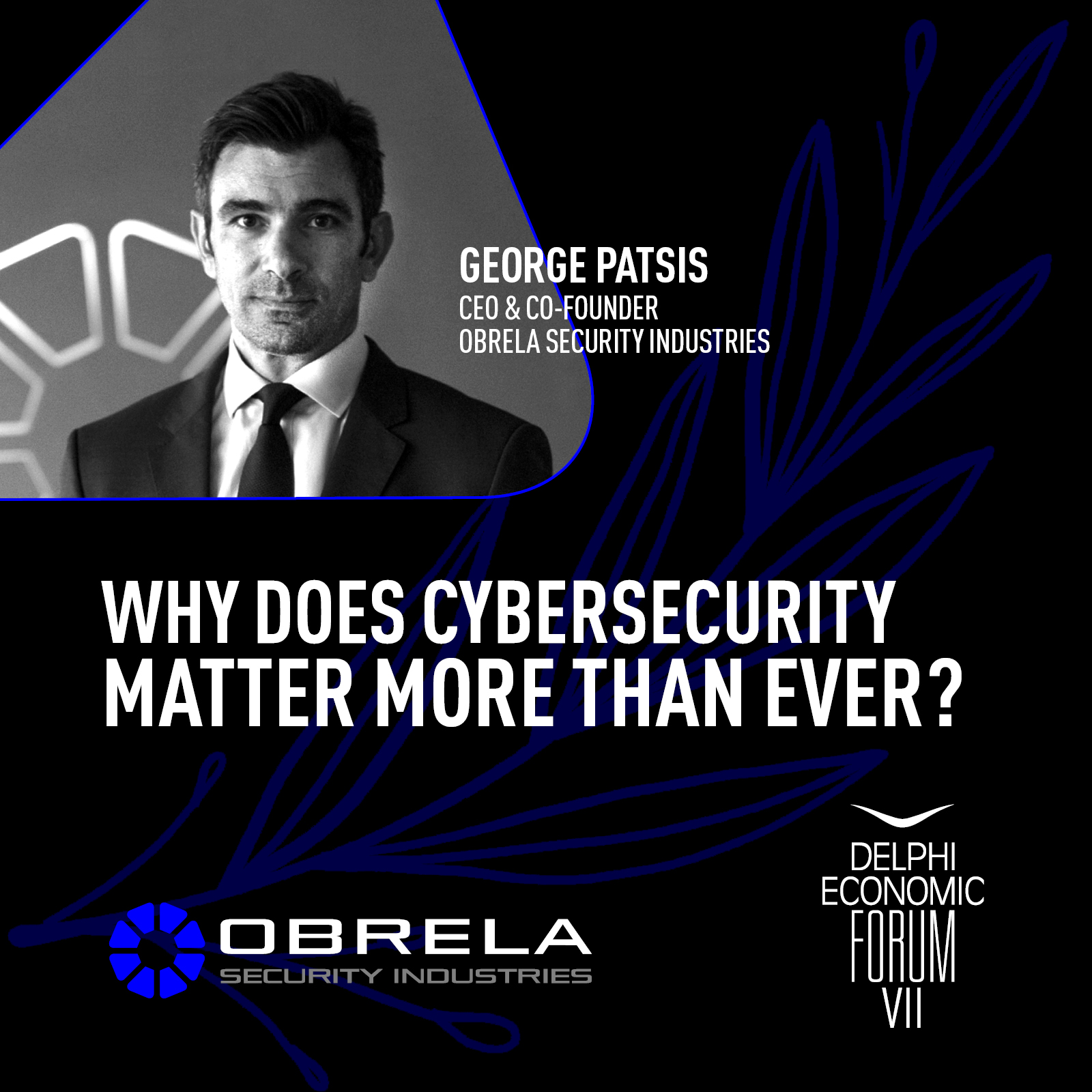 The Delphi Economic Forum VII is one of Europe’s most prestigious events and recently returned for its seventh instalment in the historic town of Delphi from April 6-9th. While the event was based in Greece, the forum has greatly expanded with more than 780 speakers from 36 countries.

Under the theme “New Realities”, the 7th Delphi Economic Forum hosted prominent personalities from the field of politics including European presidents, prime ministers, EU commissioners and ministers as well as cybersecurity experts, scientists, academics, entrepreneurs and many more.

What will the agenda of the Delphi Economic Forum VII cover?

The agenda of the four-day forum revolved around seven thematic pillars that formed the basis of panel discussions throughout the event. The following pillars will shaped the agenda of the summit as well as discussions around the current geopolitical climate.

You can view the full agenda for the Delphi Economic Forum VII here.

Obrela are proud to have attended the event as both delegates and sponsors of this year’s Delphi Economic Forum. George Patsis, CEO and Co-Founder of Obrela Security Industries was featured as an esteemed panelist at two events. These were ‘WHAT MAKES A BUSINESS INVESTMENT READY?’ on Thursday, April 7. In this conversation chaired by Stamatis Zacharos, Journalist, Action24, George Patsis shared his experience founding Obrela Security Industries and discussed what it takes to start a successful business in today’s climate. Joined by Apostolos Tamvakakis, Managing Partner, Member of the Investment Committee, EOS Capital Partners, and Periclis Argyros, Co-Founder and CEO, Archeiothiki the panel discussed the path forward for the global economy.

The second panel on Friday, April 8, at 17.50 focused on the technological change and economic transformation of the EU as the panelists discussed the question: ‘WHY DOES CYBERSECURITY MATTER MORE THAN EVER?’

The Delphi Economic Forum VII proved to be a pivotal event that combined the most pressing issues in global discourse into four days of intellectual conversation.

Download the ABS Webinar - Next level of cyber threat detection

Obrela’s MDR: Let us keep your business in business

MDR vs MSSP: What is the difference?

IT vs. OT: Why securing both is vital to a comprehensive cybersecurity

What is ransomware and how can it be prevented?